There is a special factory in Budapest – a toy factory. And not just any toy factory…a ‘place’ where beautiful toys are made – Marbushka. You’ll even find a board game for a 2 year old there. Memory games and puzzles are so beautifully illustrated you will not want your child to look at another game ever again.

Following is the interview with Beatrix Bohony about her Marbushka family 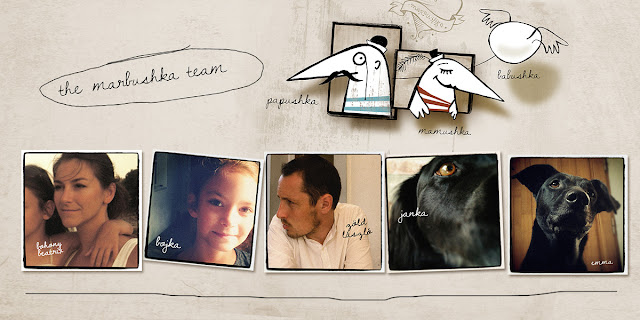 For introduction, could you first tell us a few words about yourselves? Who are the people behind Marbushka?

There are currently two people on the Marbushka “team”: Beatrix Bohony and László Zöld. The creative part is exciting and inspiring for both of us, but in order for all of this to work, we have to be sufficient in the background work just the same. I am responsible for the creative part. I make the illustrations, design the games, paint the figures for it, write and photograph the blog. My husband’s job is to  guide my imagination within the borders of feasibility. 🙂 In practice this means that he prepares the production and supervises the work of our helpers. Actually he does much more than that: all other “trifles” that come up belong to his scope of duties as well. Not to mention that I receive the most support from him and he fully takes on the burdens that come with the execution. Marbushka could not work without him. 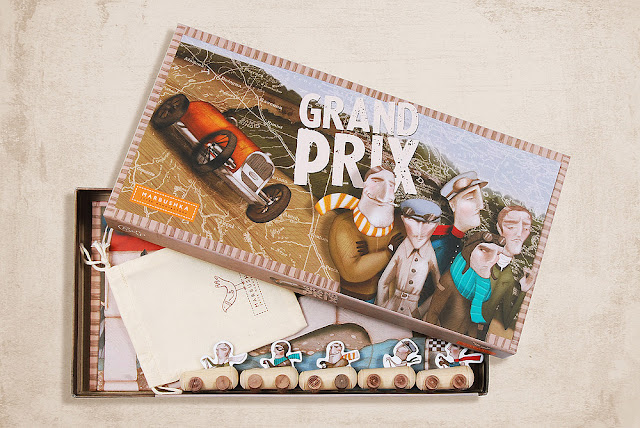 How did it all start?

After finishing the University of Arts and Crafts (MOME) we established a small graphics studio with my husband, and we made commercial graphics. Up until Bojána was born… Something changed then. I started painting at night. Graphics were born one after the other, with which I wanted to record the process of being born and becoming a family for Bojka. Her fantastic world was what inspired me later on, too. All the positive feedback and professional acknowledgement gave me enough courage to finally wave good-bye to graphic design, which was not about our dreams.

Meanwhile, as parents, we realized that children’s games are present in common knowledge as a lower category. We thought differently: for us, the material culture surrounding children is determinative regardless of age, because apart from knowledge, fine taste is consolidated at this time, too. We couldn’t (and didn’t want to) accept the low quality and, for us, dubious values of uniform hit games. Sadly, most games don’t deliver what the box or the commercial promises you, moreover the materials used to produce them are not always harmless. We trusted that it can be done another way: we tried using natural elements during production… and it worked. We live environmentally consciously, we make great efforts for the production and later on decomposition of our toys to burden the environment as little as possible. Until then… more generations can use it. 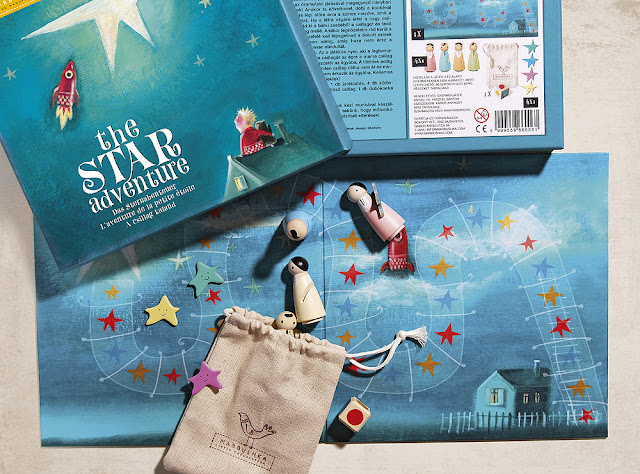 So your daughter influences your work immensely…

Since creating the first illustrations and toys that were meant for her, she is still the motor of Marbushka. As time passes, she plays an ever bigger role in the creative work and testing the toys. She is really proud of what we create, she likes to take part in it, whether in a photo shoot or painting together. We play a lot together, we can observe her reactions in interesting new situations, and of course this is true the other way around as well. We like to connect to each other’s world, our common language: games. 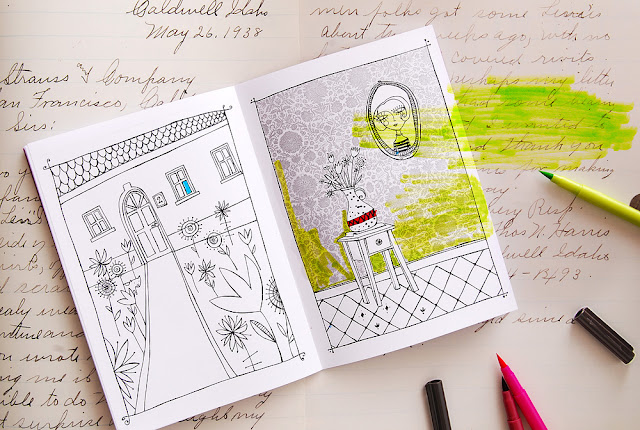 What does Marbushka name stand for?

When we were thinking about choosing a name, our daughter was in a neologist phase, and added the suffix “-ska” to words often. This is how my husband and I became mamuska and papuska. Since I was into the wonderful and colorful world of glass marbles at the time, the two things complemented each other fortunately: the “marble” got the -ska suffix. This is how we became marb…ushka. And the little bird figures are symbols of our first game, The Bird Catcher. 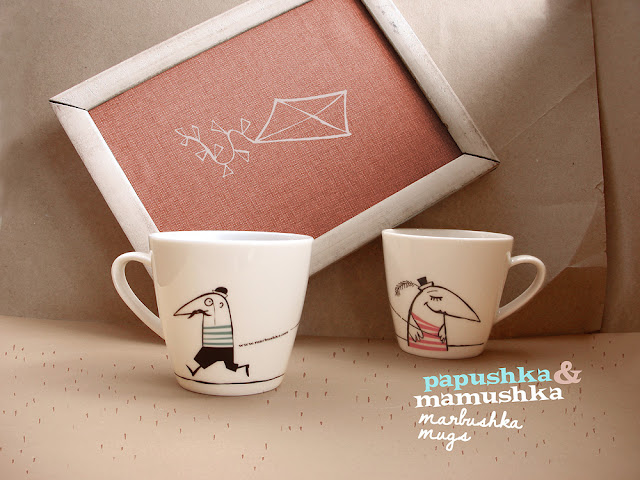 Which part of the creative process do you like best?

I like it best when the pictures turn into space, the figures come to life on the board. Then the world we created suddenly becomes real. The other thing I really like is assembling the toys, it’s a fantastic feeling when every tiny piece finds its place. We assemble the contents of every box, this is the real sealing of the process, we can see the final result and lay back. 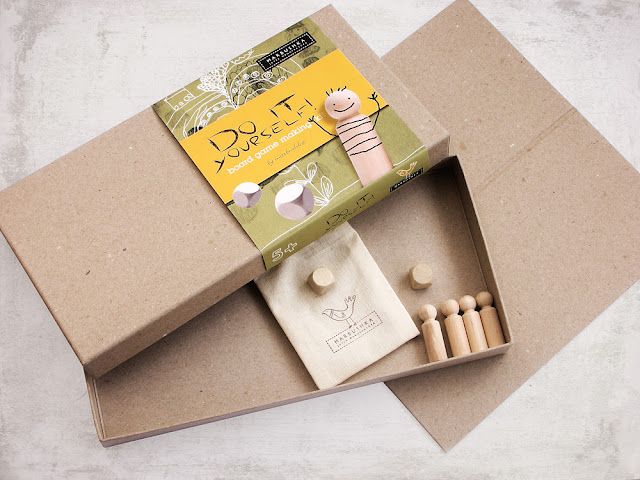 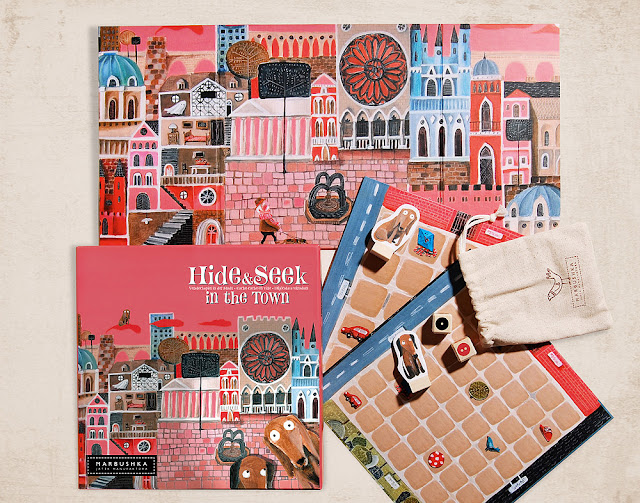 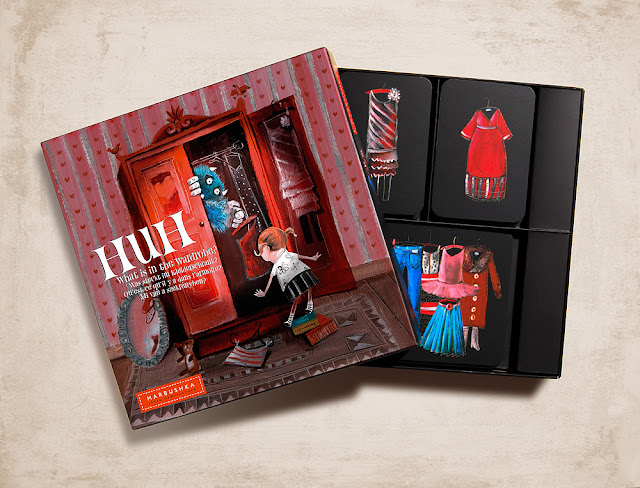 Do you have a 5-10-year plan, or do you just do it instinctively?

Of course we have plans, but these are always overwritten by chance. We are two years old, this is a very short time, but it has been very eventful. Of course we would like to develop further, the ever greater foreign interest means new challenges, though the reactions are very positive. 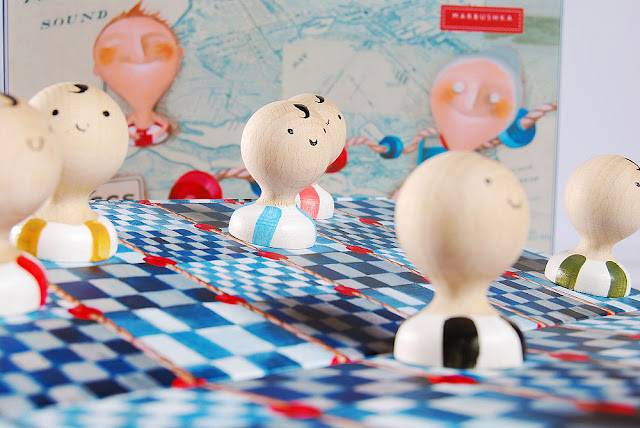 Tough question… it’s very hard to answer this… we have many favorites and we love seeing that there are more and more who find the quality of children’s games important. Very narrowly selecting our favorites I would emphasize Belyart and Eszterdawith their soft, lovable figures, and the creations of kattuska and kiskakas in wooden toys.

I really like the decorative world of Dutch designer Jurianne Matter, I must get my hands on Marihe Vogelzang’s memory game You are what you eat, Hector Serrano’s hand tattoos and paper figures as well as Ellen Heilmann’s leather dogs. 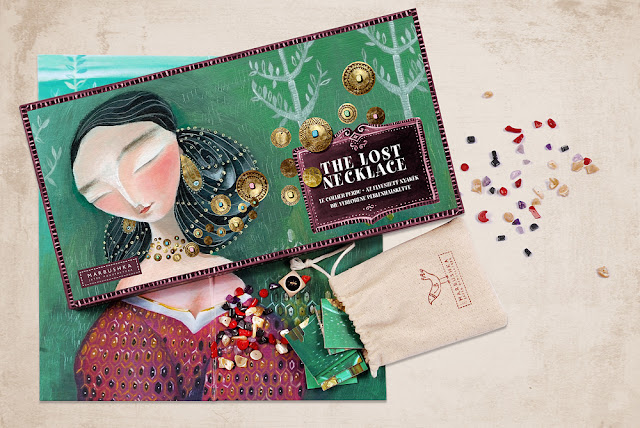 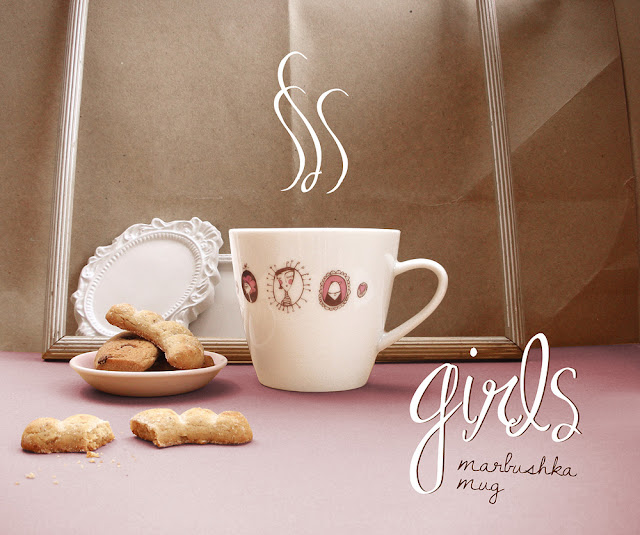 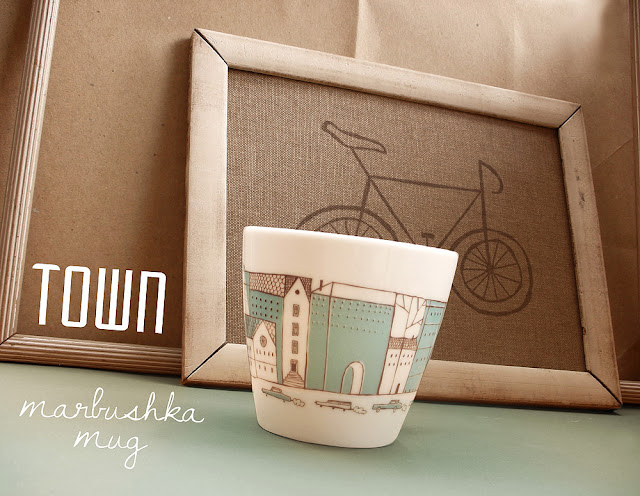 Pici and the City (Interview with Janka Schwertner)

Take me to the beach giveaway

The Workspace Next Door: Hanna and Vilmos