I’ve been pretty down the whole week.
Again, Christmas is on my doorstep and I’ve not done half of the things I was planning to.
Again I managed to be late (or never) with numerous things I actually started on time.
Again I was put of by the crazy traffic jams and shopping sprees around the city telling myself I don’t get what is going on in this world. Why do kids need to get 8 presents from their parents alone? I have a feeling my kid doesn’t even get what getting a present means..They get everything anyway…on a normal day too… My son actually turned his back to Santa when he told him he is not supposed to be rough with his little brother. He just turned and left…didn’t even want his package. What is up with that?

Every Christmas there is a Charity event in Hungary that I love. It is called  a Shoebox (Cipősdoboz). What you do is take a shoebox, fill it with goodies you think a child of a certain age would like, wrap it up nicely, possibly add a personal note, note if it is a boy or a girl box and the age and drop it off at a venue. I felt at three and a half it is time to start actively including P in this act of giving. And I must tell you, it started off pretty nicely, he actually chose one of his good toys and he didn’t even change his mind later. The meltdown happened when he realized I filled the box with his sweets. He explained very sincerely that if I give these to ‘that boy’ he will be very, very sad, and also…he doesn’t care about that boy because he is not his friend anyway. 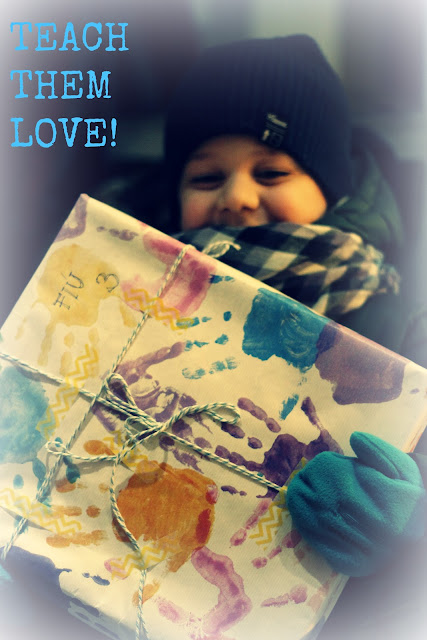 We did manage to drop the box of…not a simple shoebox, a BOOT BOX and I really hope we make a little boy somewhere out there smile while roaming through it.

Xmas is all around us: Concrete loveliness by ab concrete

Xmas is all around us: Koogle